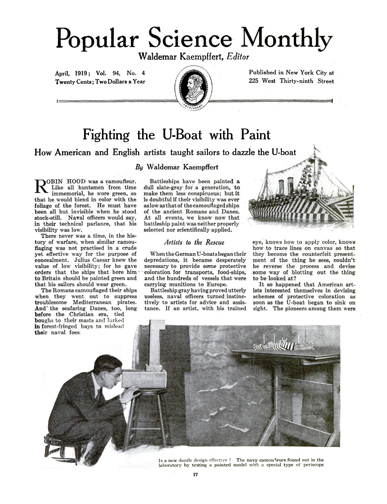 One of the most clearly written and best illustrated articles on World War I Allied ship camouflage was authored by Waldemar Kaempffert, editor of Popular Science Monthly. Titled "Fighting the U-Boat with Paint," it was published in the April 1919 issue (Vol 94 No 4) of the same magazine.

It is now in public domain and can be accessed online. It consists of a three-page article, screen grabs of which are published above and below in this post.

Among its interesting illustrations is (on the title page) a photograph of American muralist and camoufleur William Andrew Mackay studying a dazzle-painted ship model through a makeshift periscope-like devise. 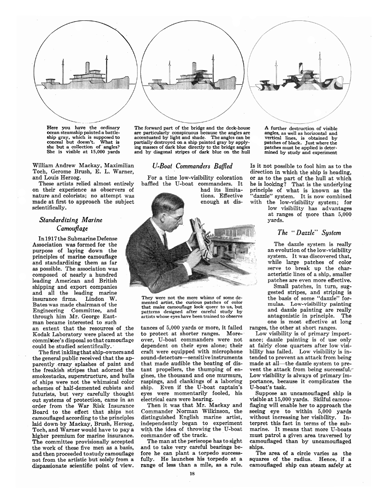 On page 2, Mackay is shown painting a camouflage scheme onto a ship model, while at the top of the page are the first three drawings a series of simulated periscope views that purport to show the stages of applying a dazzle camouflage scheme. 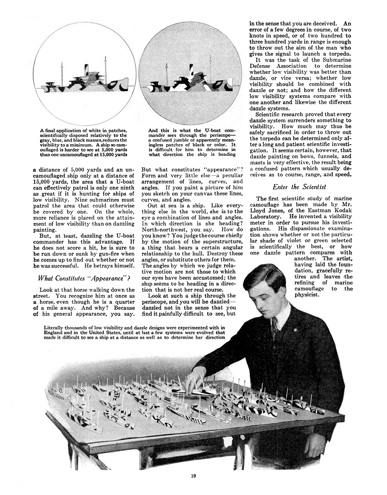 On the third page, two final views from that series are shown, and, below that, an unidentified camoufleur is surveying Mackay's collection of camouflage-painted models.

Over the year, we've learned quite a lot about Mackay, and we've recently published a booklet (available online as a pdf) about his approach to ship camouflage, titled Optical Science Meets Visual Art.