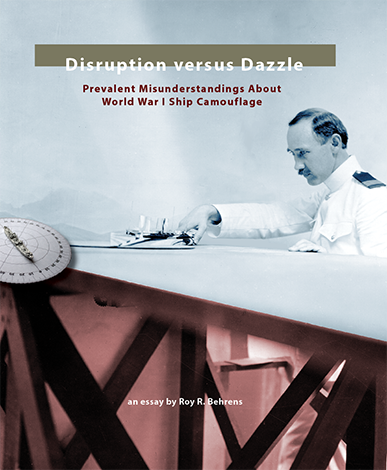 Above This essay has just been published privately as a full-color booklet. It discusses misunderstandings about the way in which World War I ship camouflage was intended to function. It also makes a distinction between figure disruption (as proposed in 1914 by Scottish zoologist John Graham Kerr, who called it "parti-coloring") and dazzle-painting (as proposed in 1917 by British artist Norman Wilkinson). more>>>
Posted by Roy R. Behrens at 7:22 PM 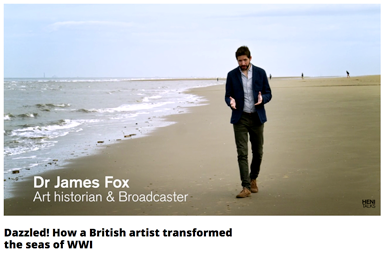 Above Posted only days ago, as part of a series of excellent videos called HENI TALKS: Stories of Art from the world's leading experts, is this on-site overview of dazzle camouflage, as applied to British and American ships during WWI. Titled DAZZLED! How a British artist transformed the seas of WWI, it was written and narrated by Cambridge art historian and acclaimed broadcaster Dr. James Fox. Few talks on the subject are as clearly or richly presented.

It was the middle of the First World War, and the Germans were engaged in a highly destructive campaign against the British Navy. By the spring of 1917, German submarines were successfully sinking as many as eight British ships a day, crippling Britain’s defenses. A solution was urgently needed. 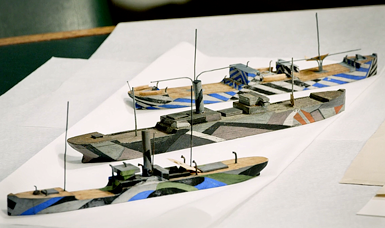 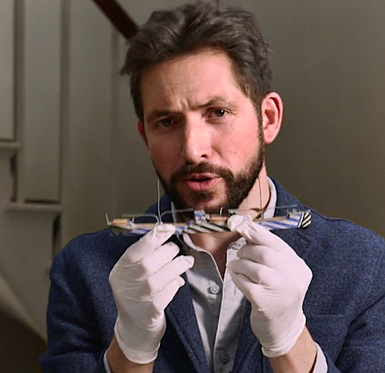 A dazzling suggestion came from an unlikely source: artist Norman Wilkinson, renowned for his marine paintings and illustrations. His idea was to paint Britain’s naval fleet with bright, disorientating shapes, so that the enemy would be unable to calculate the type, size, scale, speed, direction and distance of the ship in their sights. The authorities were so convinced by Wilkinson’s idea, they ‘dazzled’ 2,300 ships through the course of WW1. More>>>