Assembly | The Work of Dazzle Camouflage 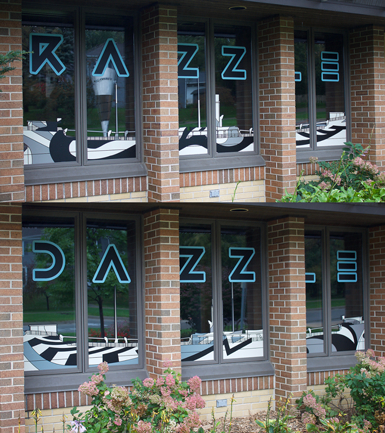 Above Details of the windows at the entrance of the Hearst Center for the Arts in Cedar Falls IA. Translated into large-scale vinyl are schematic dazzle camouflage plans for the two sides of a World War I American merchant ship (c1918).

It's a street-side advertisement for the center's current exhibition, titled ASSEMBLY: The Work of Dazzle Camouflage, on view from October 5 through November 25, 2018. So-called dazzle camouflage was widely used during WWI in an effort to throw off the calculations of German submarines (called U-boats) in their efforts to torpedo ships. The process is described in detail here and here, as well as on this multi-page website.

Using historic photographs, dazzle ship plans, and other artifacts from the collection of author and graphic designer Roy R. Behrens (UNI professor of art and distinguished scholar), the exhibition provides a look behind the scenes at the diversity of the people who enabled this odd approach to succeed. The exhibit is free and open to the public. 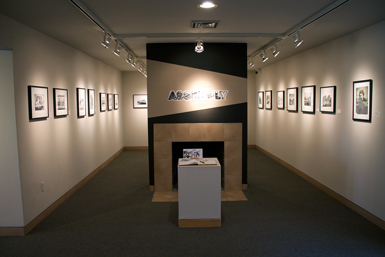 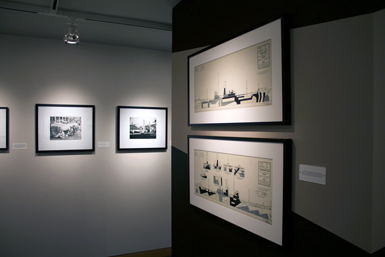 Below During WWI, the Navy Reserve officer who oversaw the ship camouflage work of a team of artists, designers and architects in Washington DC was Everett L. Warner, an American Impressionist painter who was originally from Vinton IA. 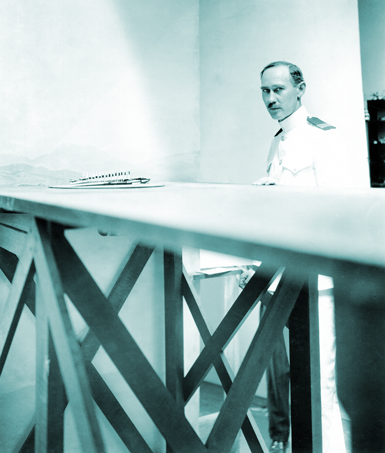