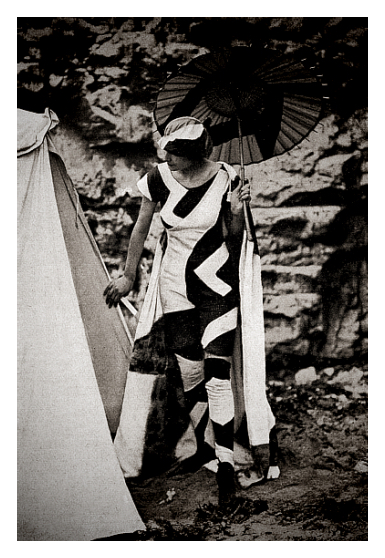 Above As we've discussed in earlier posts, much fun was had by pundits and the public in 1919 when young British women began to appear on the beach in Margate, in swimsuits based on wartime dazzle camouflage schemes. We've published news photographs of a few of these before, but of late have located clearer, more detailed examples. The one shown above and two versions of another one (below) were widely published at the time by various European, Australian and American news sources, Le Modes, The Sketch and New York Tribune among them. 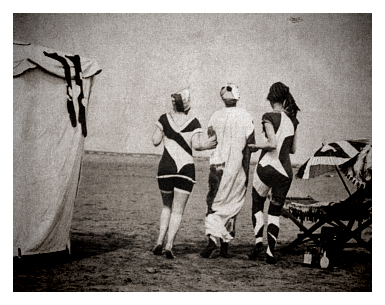 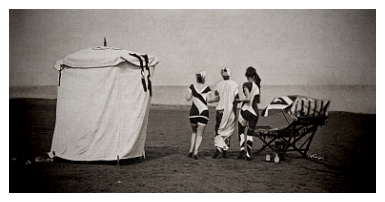 We also discovered a wonderful pen and ink drawing (artist unknown, with credit to the Daily Paper) that appeared in a mid-1919 issue of The Sketch, as reproduced below. It shows a well-fed beach custodian, looking in amazement at three women in dazzle camouflage swimsuits. Beneath the headline of "DAZZLE" DAYS is the following caption—

Even the bathing costume has been reborn by the war, and camouflage is the order of the day. 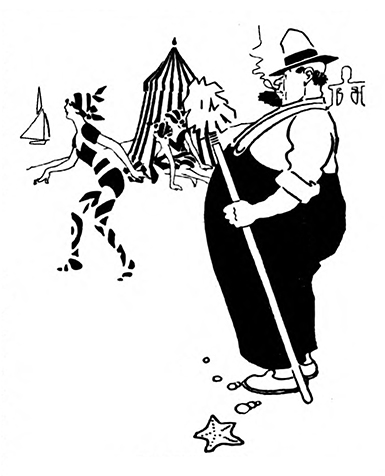