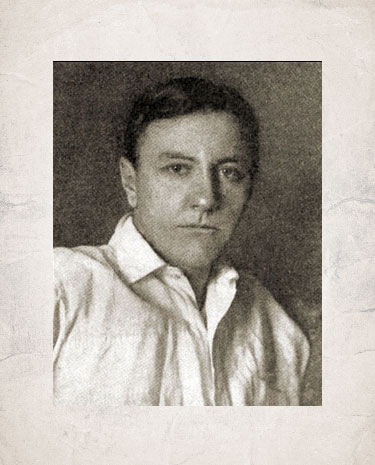 In earlier postings, we've talked about American artist and teacher Alon Bement, shown here in an early photograph. A follower of Arthur Wesley Dow (author of Composition), Bement was an important influence on the young Georgia O'Keeffe (see photo lower on this page), who studied with him at Columbia University.

During World War I, he was a civilian camoufleur for the US Shipping Board, in the course of which he worked with William Andrew Mackay in New York. He wrote at least four magazine and news articles on ship camouflage, in which he also talked about how camouflage could be of use in everyday life. One of those, titled "Tricks by Which You Can Fool the Eye" (in American Magazine (May 1919), pp. 44-46 and 132ff), begins with the following statement—


When you think of camouflage, you imagine it is something that belongs only to war. You probably have no idea that you can literally "use it in your business," that you can employ it in your houses, your yards and gardens, even in the clothes you wear.

He goes on to talk about how camouflage could be used to enhance the look of "a certain kind of dwelling which is as ugly as it is common." He illustrates this with "before and after" drawings (shown below) of a house whose appearance could be greatly improved merely by making some changes "in the eaves, the windows, and the door, the porch, and the placing of shrubbery." 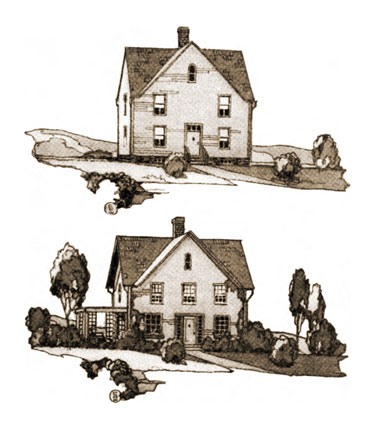 It is a quaint article, mostly made up of advice on how to compensate for ones physical imperfections, by using clothes and cosmetics to conceal what might otherwise be too apparent.

The article mentions the work of artist and naturalist Abbott H. Thayer, and, at the very end, Bement also talks briefly about his own wartime work with camouflage—


To keep him [the German U-boat commander] from learning our tricks we varied the [ship camouflage] diagrams, put in "jokers," discarded old ones and invented new ones continually. We kept him guessing. And while he was guessing, our ships were eluding him.

In the New York studio where this work was carried on under the direction of Mr. William Mackay there was an elaborate system of testing the designs. We had a periscope, small models of vessels, and various painted sea and sky backgrounds. Some captains of merchant vessels were skeptical about the value of camouflage and declared they wouldn't use it on their ships. But when they once saw, by means of these little models, how we could fool them, old sea dogs that they were, they became enthusiastic converts.


Postscript (February 14, 2014): Since first posting this page in May 2012, we have located a news article from the Milwaukee Sentinel (April 18, 1943) titled MODERN MAGIC TO MYSTIFY OUR ENEMIES. It includes four photographs of civilian camouflage students at the Traphagen School of Fashion in New York. One of the photographs is of a classroom setting in which nine students (seven women and two men) are listening to a lecture by their instructor, Alon Bement, described as "a veteran camoufleur of World War I." Bement is standing in front of a chalkboard, on which has been written the famous passage from Shakespeare's Macbeth in which the soldiers are camouflaged by foliage from trees in Birnam Wood. He is holding a dazzle-painted ship model. The caption reads—

These hard-working students of the art of camouflage are learning how to make things seem what they're not under the instruction of expert Alon Bement, one of the World War l's ablest camoufleurs.