In earlier blog entries (such as one on camouflaged robes, and a second on French camouflage and criminals), we've posted information about the hooded outfits that were devised by French artists who were serving in artillery teams at the beginning of World War I. As I've described elsewhere—

…what we call camouflage was first promoted by artists serving in the French Army in the early years of WWI. While there is some confusion about which individual initiated the ideas, the reasons are not in contention. Soldiers assigned to artillery teams were dismayed by the ease with which airborne enemy spotters could find and report the positions of their field artillery. In response, they initiated two countermeasures: the application of disruptive ("broken color") patterns on the surface of their cannons, and the donning by those in artillery teams of sinister-looking hooded robes, called cagoules (they closely resembled the outfit worn by a French crime novel character called Fantomas (c. 1911) or darkened paint-stained versions of Ku Klux Klan ceremonial robes).• 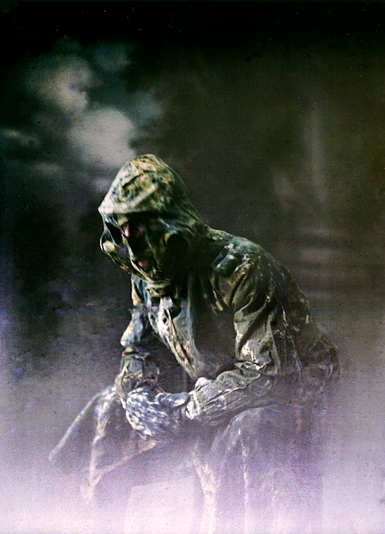 A surprising number of photographs of these hoodie-like camouflage outfits have survived, including a handful of full-color images in the collection of the Bibliothéque Nationale de France, and can be accessed online (posted here are restored, cropped and cleaned-up renditions of those). Other images of these outfits, whether black and white photographs and drawings, or painted illustrations by artists, were also commonly reproduced in contemporaneous magazines, such as on the cover of Scientific American (September 29, 1917). Even a few of the robes have survived. 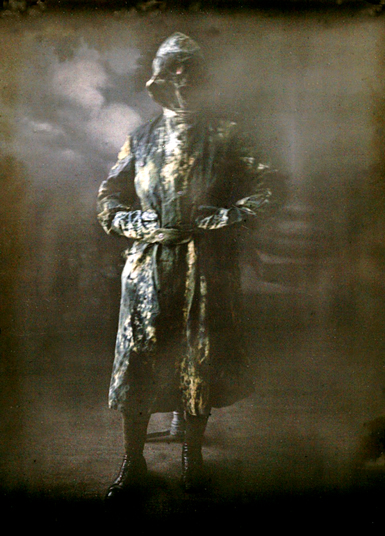 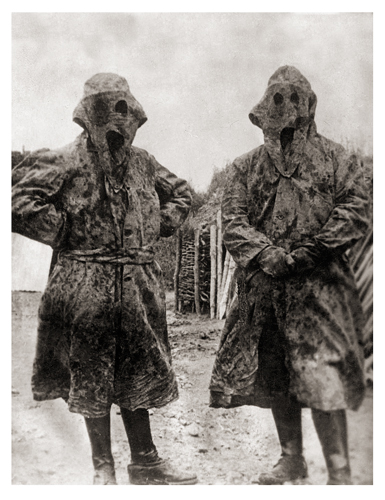