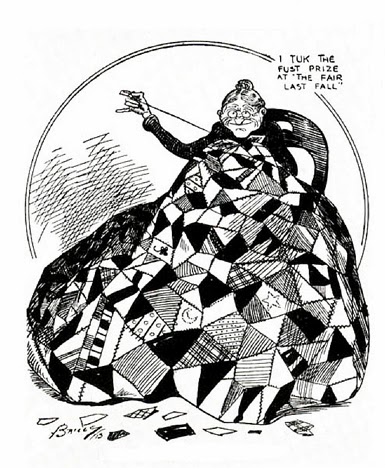 Prior to World War I, in part in response to the Armory Show (1913), there was a flood of comparisons (in cartoons in particular) of cubism and futurism with less exalted forms of "art," such as the "crazy quilts" (made of leftover quilting fragments) created unassumingly by America's grandmothers. Above is an especially funny cartoon of grandma and her cubist quilt. Drawn by Clare Briggs and titled THE ORIGINAL CUBIST, it was published in the New York Evening Sun, on Tuesday, April 1, 1913.

The plane began to move along the ground, bumping like a motorcycle, and then slowly rose into the air. We headed almost straight east of Paris, rising in the air as through we were sitting inside a boat that was being lifted by some giant, and the ground to flatten out beneath us. It looked cut into brown squares, yellow squares, green squares and big flat blotches of green where there was a forest. I began to understand Cubist painting.

Of course Hemingway wasn't the only one to make such comparisons. Journalists and the general public saw it too. Below are two aerial photographs of the French landscape from the same time period. The second view, which appeared initially in Collier's Weekly in 1918, was captioned with a text that read—

NO WONDER CUBISM STARTED IN FRANCE! No one need wonder any longer where the cubists got their inspiration. They must have gone up in an airplane and had a good look at France! This airplane view of an observation balloon floating over a French village is as good a bit of cubist art as anything that Marcel Duchamp ever turned out. 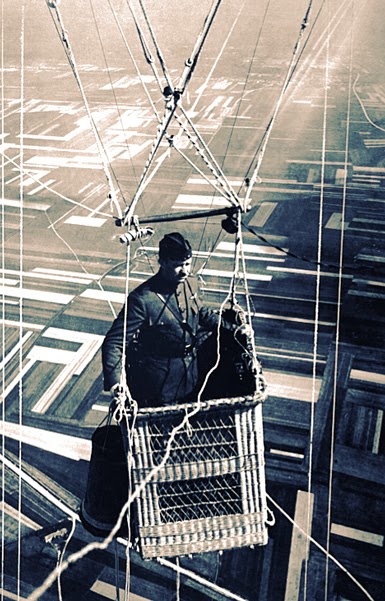 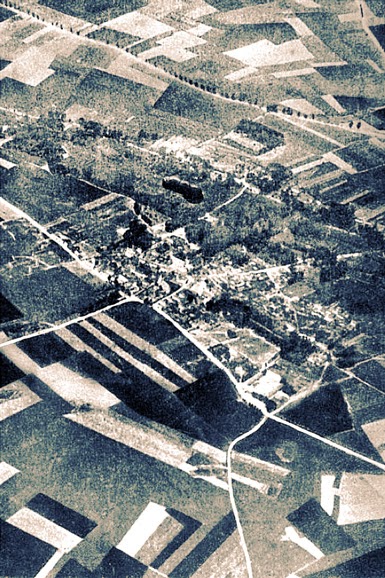