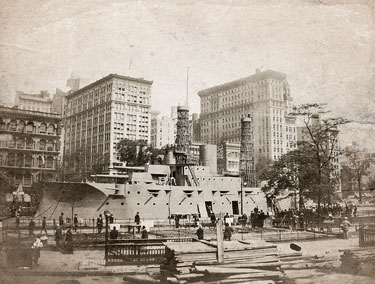 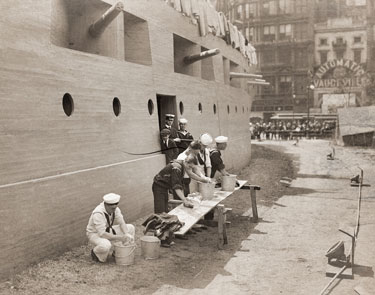 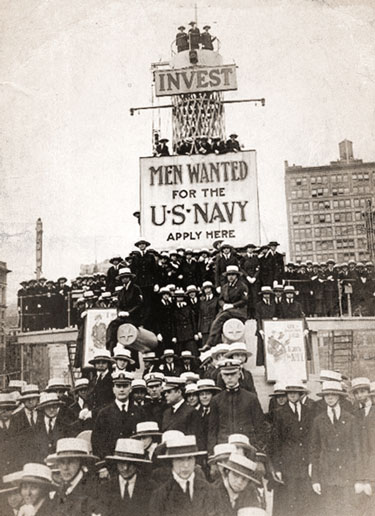 In an earlier post, we talked about a landlocked navy recruiting station, built in New York in Union Square in 1917. A wooden replica of a ship, it was known as the USS Recruit. As shown in the photographs above, it was initially battleship gray, but in July of 1918, it was repainted overnight in brightly-colored dazzle camouflage by twenty-four members of the Women's Reserve Camouflage Corps. There are historic photographs of the ship being painted (see below), but we have yet to find a photo of the completed camouflage. 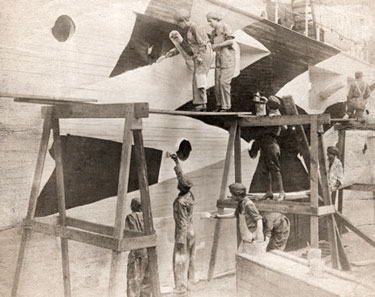 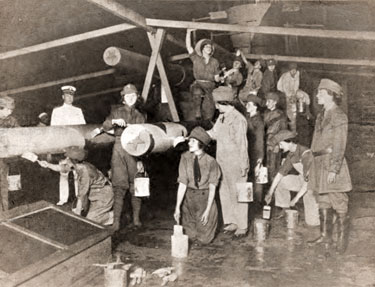 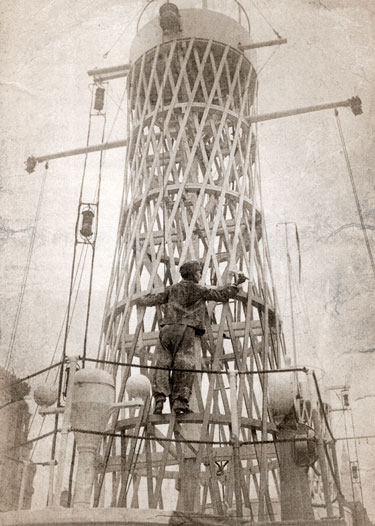 Meanwhile, we have run across a news article in the New York Times, titled "CAMOUFLAGE THE RECRUIT: Women's Service Corps Redecorate the Landship in Union Square" (July 12, 1918). Here is the article, which claims that the Recruit's camouflage was designed by American artist William Andrew Mackay. In addition, it includes a list of the women who participated—


The Camouflage Corps of the National League for Woman's Service redecorated the good ship Recruit in Union Square light night and made a neat job of it in spite of the threatening storm clouds and the fact that it was their first painting experience aboard ship. The camouflage idea came from Commander W.T. Conn, who besides getting men for the navy, is also in charge of the famous land ship.

Twenty-four members of the corps, under the command of Captain Myrta Hanford, assisted by a squad of sailors, worked under the direction of Worden Wood, who is now designing rainbows to cover the sides of the vessels of the United States Shipping Board. The dress of the Recruit was designed by William A. Mackay, head camoufleur of the Shipping Board, and it represented a liberal sprinkling of black, white, pink, green and blue, arranged in the most effective manner for avoiding submarines.