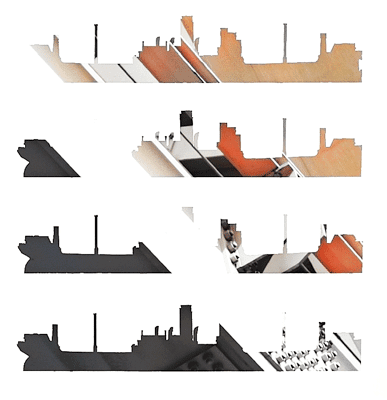 Above and below A selection of hypothetical World War I ship camouflage schemes, called "dazzle painting," none of which are derived from factual examples.

HAILS CAMOUFLAGE AS VICTORY FACTOR: Merchant Marine Veteran Says It and Convoy System Beat U-Boats: Tells Its True Purpose: Not to Decrease Visibility but to Deceive Submarines as to Course Steered in The New York Sun (November 24, 1918), p. 1—

Foolish dabs and daubs and woozy waffles of paint beat the Germans and ended the war, nothing else. The authority for this statement is a merchant marine officer who fought and dodged many submarines. His opinion was given out yesterday by the information bureau of the United States Shipping Board…

[According to the officer] “The war brought no stranger spectacle than that of a convoy plowing along through the middle of the ocean streaked and bespotted indiscriminately with every color of the rainbow in a way more bizarre than the wildest dreams of a sailor’s first night ashore.

“Every American ship going across was ordered camouflaged. The Allies had similar orders. So one seldom saw a ship at sea except a neutral that was not camouflaged. After a good look at them you could see why the sea serpent had the best season last summer he has had since Baron Munchausen died. 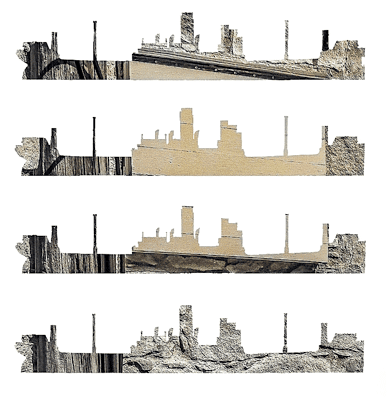 
“The effect of good camouflage was remarkable. I have often looked at a fellow ship in the convoy sailing on our quarter on exactly the same course we were, but on account of her camouflage, she appeared to be making right for us on a course at least 45 degrees different from the one she was actually steering.

“The deception was remarkable even under such conditions as these, and of course a U-boat with its hasty limited observation was much more likely to be fooled.

“Each nation seemed to have a characteristic type of camouflage, and after a little practice you could usually spot a ship’s nationality by her style of camouflage long before you could make out her ensign.” 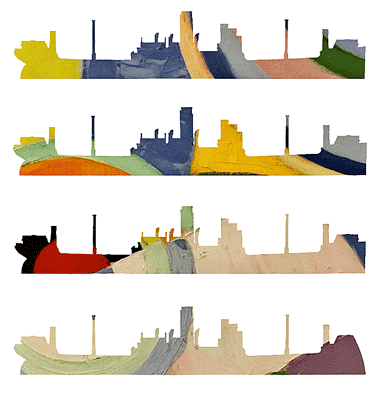