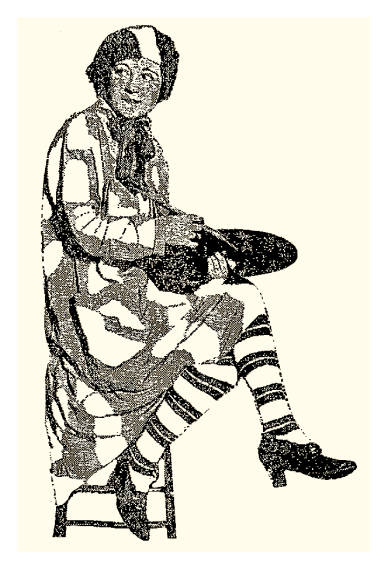 Above Just found this. It's a hopelessly grainy news photograph from the Des Moines Daily News (Des Moines IA), April 29, 1919, p. 5. The caption reads as follows—

Despite this successful "camouflage costume," we rather suspect this is a girl and not a steamer: Miss Lurline de Marals, artist, wore it at a recent Mardi Gras festival in Oakland CA. Every man in the place had a periscope neck.