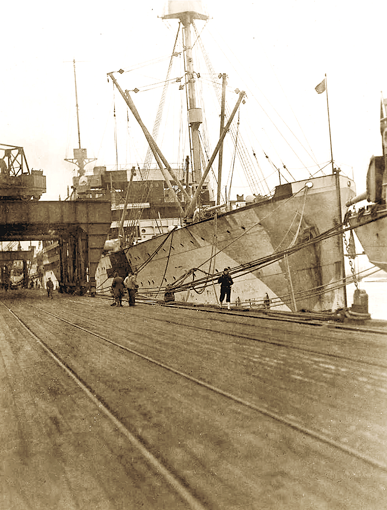 Above (and in additional photos below) USS Henderson, painted in a camouflage scheme designed by Stephen J. Hoxie (c1918).

Stephen Jerome Hoxie (1895-1981) was born in Warwick RI in 1895. He studied art at the Rhode Island School of Design for two and a half years. He commonly signed his paintings as S. Jerome Hoxie. He is sometimes mistakenly cited as Stanley Jerome Hoxie.

He married Jessie Isabella Sanders about 1920. They had three children: Jean Maybell, Jerome Ward and Joseph Sanders. According to an online post by one of his descendants, he abandoned his wife and children “on an island off Martha’s Vineyard in 1926.” Somewhat later, he married again. 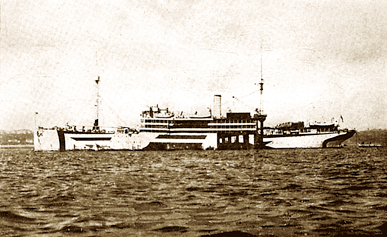 Earlier, during World War I, he had worked with the US Navy and the Emergency Shipping Board in the development of camouflage for merchant ships. There is a label on a lantern slide belonging to Everett L. Warner (who oversaw the artists at the Design Subsection of the Navy’s Camouflage Section) that states that Stephen Hoxie designed the camouflage for the USS Henderson. That he worked with Warner is also confirmed by a news article in The Evening Post Magazine (New York) in 1919, which lists Hoxie as one of the artists who assisted Warner.


In online notes about his life, it is commonly stated that “He did a study of color at the Eastman Kodak Research Laboratory.” If true, this may have taken place during the war, while he was a camoufleur. While the Design Subsection was in Washington DC, there was also a Research Subsection at the Eastman laboratory in Rochester NY (staffed mostly by physicists, not by artists). He may have researched color there. 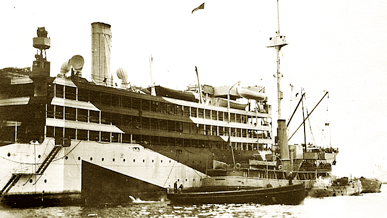 After the war, during the Depression era, Hoxie was hired by the WPA (Works Progress Administration) to make detailed colored gouache paintings (for the purpose of documentation) of examples of clay vessels and other craft artifacts, as part of a government project called the Index of American Design. He seems to have made around 82 of these, some of which are now housed in the archives of the National Gallery of Art, and can be accessed online. These are signed and dated, c1935-1936. Other works are said to be in the Mystic Seaport Museum.


He illustrated at least two books: Jessie Weems Brown, Stonington Cooks and Cookery (Pequot Press, 1949), and History of East Greenwich, Rhode Island 1677-1960 (1960). He also designed a series of at least eight illustrated maps of various Connecticut counties, as published by the CT League of Women Voters in 1934 and 1935. A portion of his map for Hartford County was reproduced in the Hartford Daily Courant in 1935. The article notes that “S. Jerome Hoxie of Mystic did the pen and ink sketching and lettering, working first with a pencil under a microscope…”


In 1966, a highway observation site on Interstate 95, near Mystic CT, was named in his honor and is now officially known as the Hoxie Scenic Overlook.