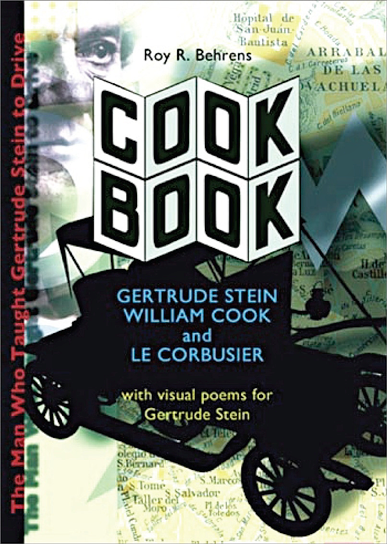 Sidonie Smith (in a discussion of Stein's autobiography, titled The autobiography of Alice B. Toklas) in Subjectivity, identity, and the body: women's autobiographical practices in the twentieth century. Bloomington: Indiana University Press, 1993, pp. 76-77—

By speaking through the voice of Alice B. Toklas, Stein pursues an art of camouflage. The relationship of cubist painting and camouflage is remarked by "Alice" as she recalls the cannon in camouflage on the Boulevard Raspail in Paris. And later, she notes the significance of camouflage in World War I as she recalls touring the front after the Armistice: "The idea was the same but as after all it was different nationalities that did it the difference was inevitable. The color schemes were different, the designs were different, the way fo placing them was different, it made plain the whole theory of art and its inevitability." Using "Alice" as a piece of camouflage, Stein can make herself the egotistical center of the text and the influential center of twentieth-century modernism. She can, as Timothy Dow Adams argues, publicize herself through a "tall tale" in which "she creates herself as a legendary figure, given to outrageous bragging and superhuman abilities." That is both the art and artifice of her text.